A revolutionary mobile app that lets users discover and create live radio broadcasts that are searchable by keyword.

I contributed to this project by assisting with wireframe creation, extending the visual design, and implementing style documentation. I worked under Jessica Thompson of Fundamental Design Group, a Los Angeles-based Design & Tech Consultancy. 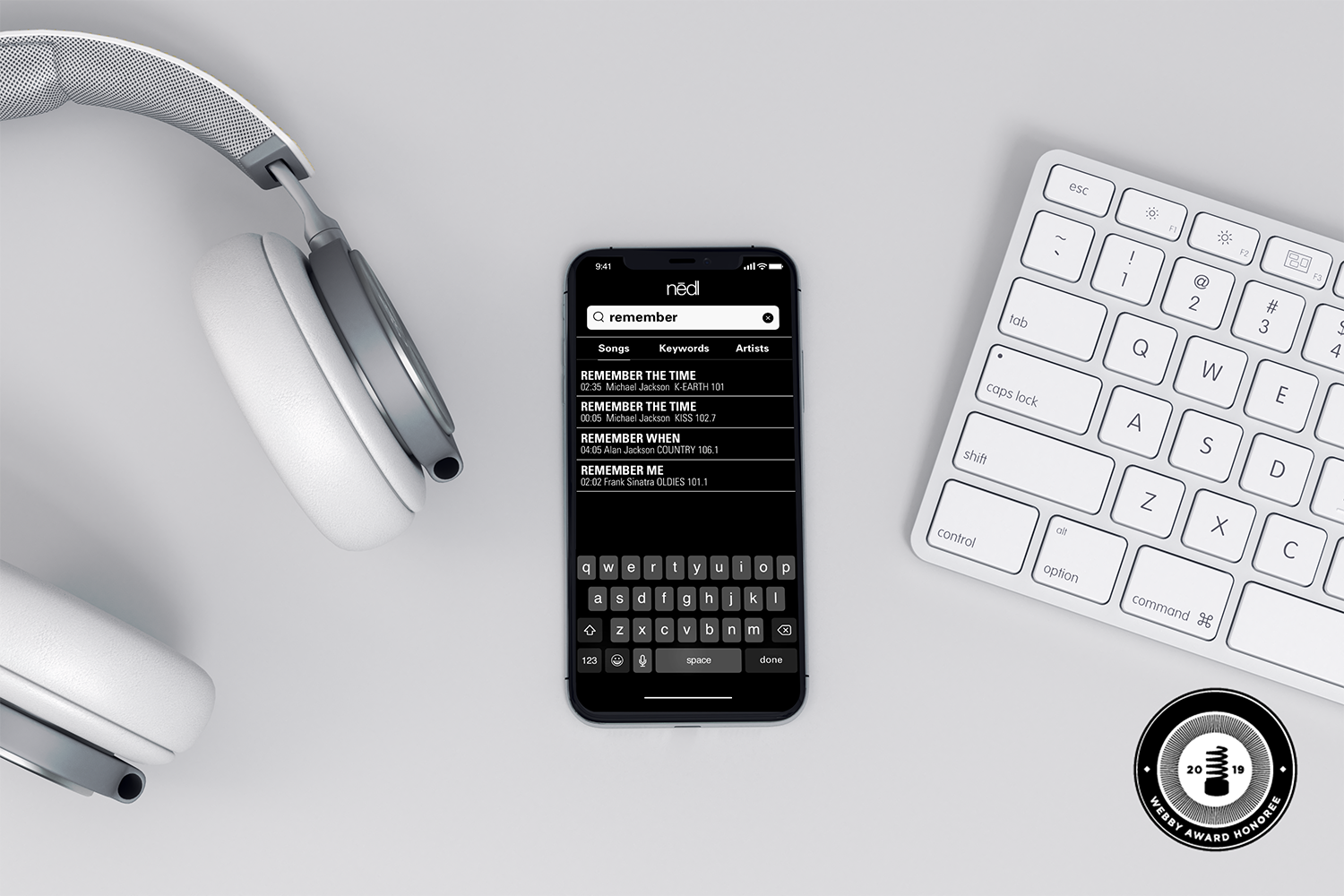 nēdl, as in, ‘the haystack,’ makes finding live streaming radio as easy as searching the web. No more tuning from station-to-station to find something great to listen to. With over 120,000+ live streaming audio broadcasts of news, sports, and music around the world, nēdl lets radio listeners search by keyword, artist, or song and then matches them with stations that have spoken about or played that exact searched term within the last few seconds, instantly! With nēdl, users can also broadcast their own live stream over the internet to share their thoughts with the world. (Paraphrased from the iTunes App Store)

Users can start their own live nēdlcast and get discovered by the words they say. They can also interact with their listeners through comments.

Broadcasts can be surfed by Song, Keyword, and Artist. 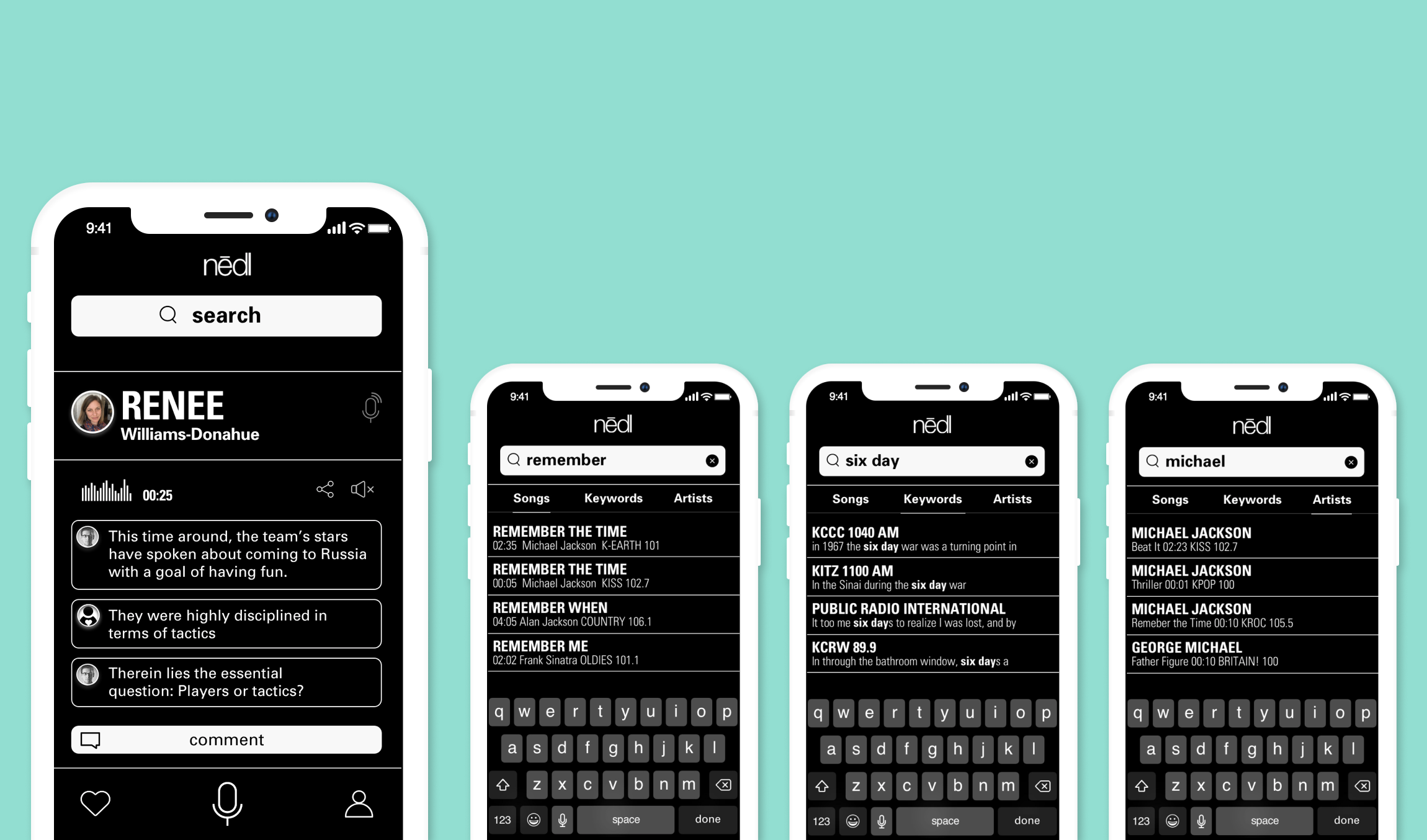 What Are People Saying?

"For such a young company, I was impressed by nēdl's coverage of live audio content, the reach across mobile devices and voice assistants like Alexa, and the vision to create a source of unbiased access to live broadcasts, even from nēdl's own users. The search engine for live audio broadcast combined with the live broadcast enabler seem very promising.¹"

"Another very interesting feature of nēdl is that as a user, you can instantly create your own broadcast station and allow it to appear in the app's search results. This could be upping the podcast game to a new level of access and distribution. Also, think about the opportunity that exists for social media influencers to expand their reach and audience, or for influencer wannabes who suddenly have an alternative to the saturated social media channels.¹"

"I downloaded the app on my iPhone, typed "so pra contrariar" about a band famous in Brazil, and I got 13 search results. So I found the coverage is pretty awesome, including for international content.¹"