A fictitious app produced for the Adobe Creative Jam in partnership with the Chan Zuckerberg Foundation.

I collaborated with 2 other designers, Maile Malin and Alysha Jivani, in creating this robust app in a condensed timeline. Together we brainstormed the overall app features and navigation. We then split up the screens, each completing wireframes, visual design, and prototypes for our screen set. I primarily worked on the onboarding flow. The work was completed within a 48-hour timeframe in accordance with the designathon’s rules. Since this jam took place during Covid-19 shutdowns, we met and collaborated remotely, an important skill learned from the pandemic. 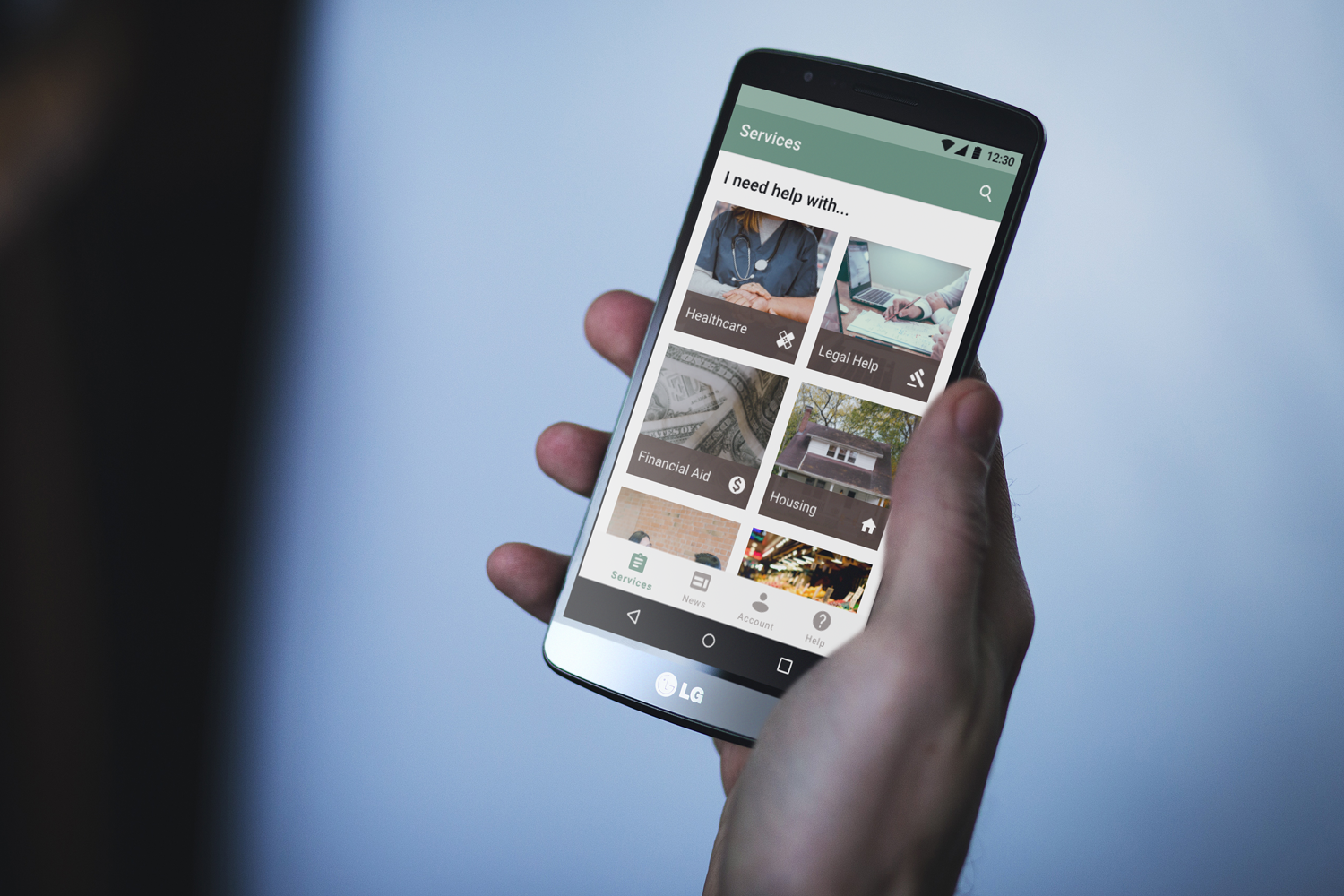 The Chan Zuckerberg Foundation posed the challenge: Design a mobile experience to provide stability and protect the livelihoods of vulnerable farmworkers. Farmworkers may use the fictitious “ICFW” app to easily verify who they are, sign up for services like legal aid, healthcare, housing aid, counseling, and/or food distribution, and access timely and credible information. See the entire brief here.

Our team took a quick dive into farmworker demographics and psychographics. Due to the designathon’s quick timeline, we had to settle for secondary research to better design for a population we have low visibility into. Secondary research shows

of undocumented workers are male

are married and live with their spouses

Below is the persona created by team member Maile Malin and my brainstorm of initial features generated from an assessment of insights and related needs. 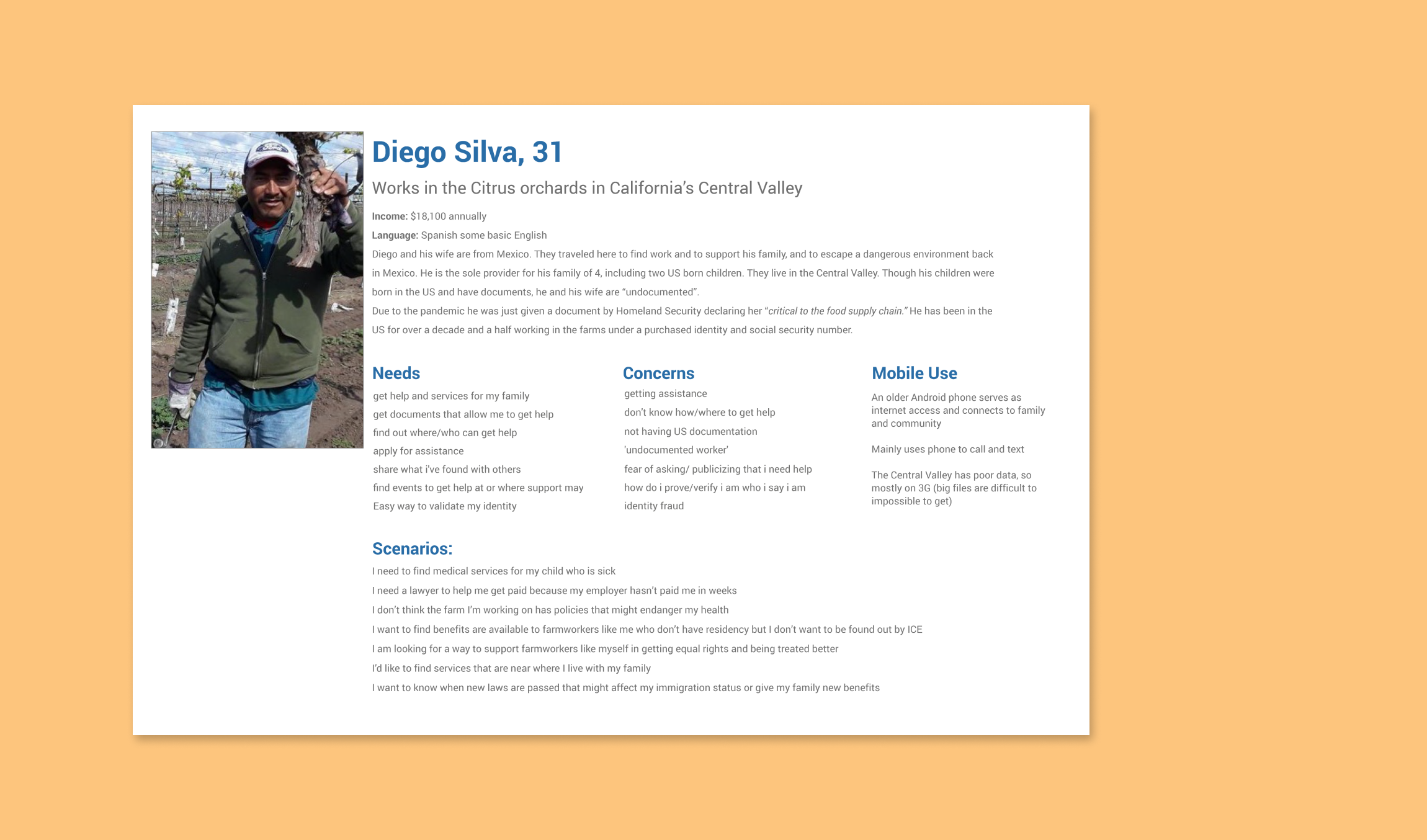 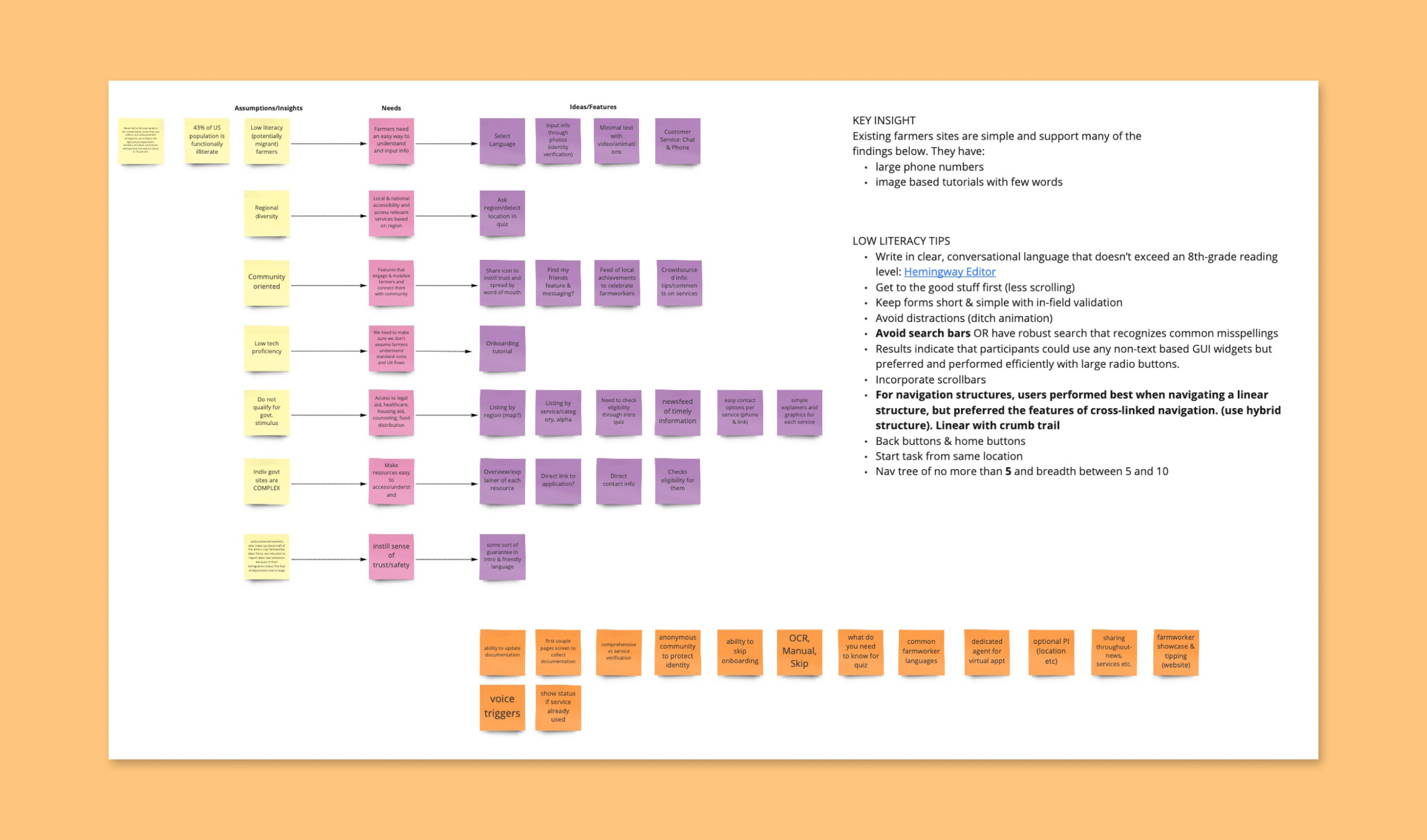 We made the following design decisions based on our research findings:

To solve for low reading and tech literacy, we augmented simple, clear language with iconography, descriptive photography, and quick-action buttons for each service. Our app follows intuitive, linear navigation and since 18% of farmworkers speak English and 81% speak Spanish, we designed our platform in both languages.

Android smartphones have lower price-points than iPhones, making them the more commonly purchased device among lower-income populations in the US. Based on this, we chose to design using the most standard Android screen size of 360×640 and utilized Material Design components as a basis to ensure patterns reflected what end-users were familiar with.

Research also demonstrated that in rural areas, like the Central Valley in California, where large farmworker communities live and work, mobile data is often limited to 3G. Taking this into consideration, we omitted video playback, virtual appointments, and other data-heavy features, choosing instead to innovate with a universal page-reading feature.

I brought initial sketches to the group to confirm the onboarding flow matched the brief’s specifications. 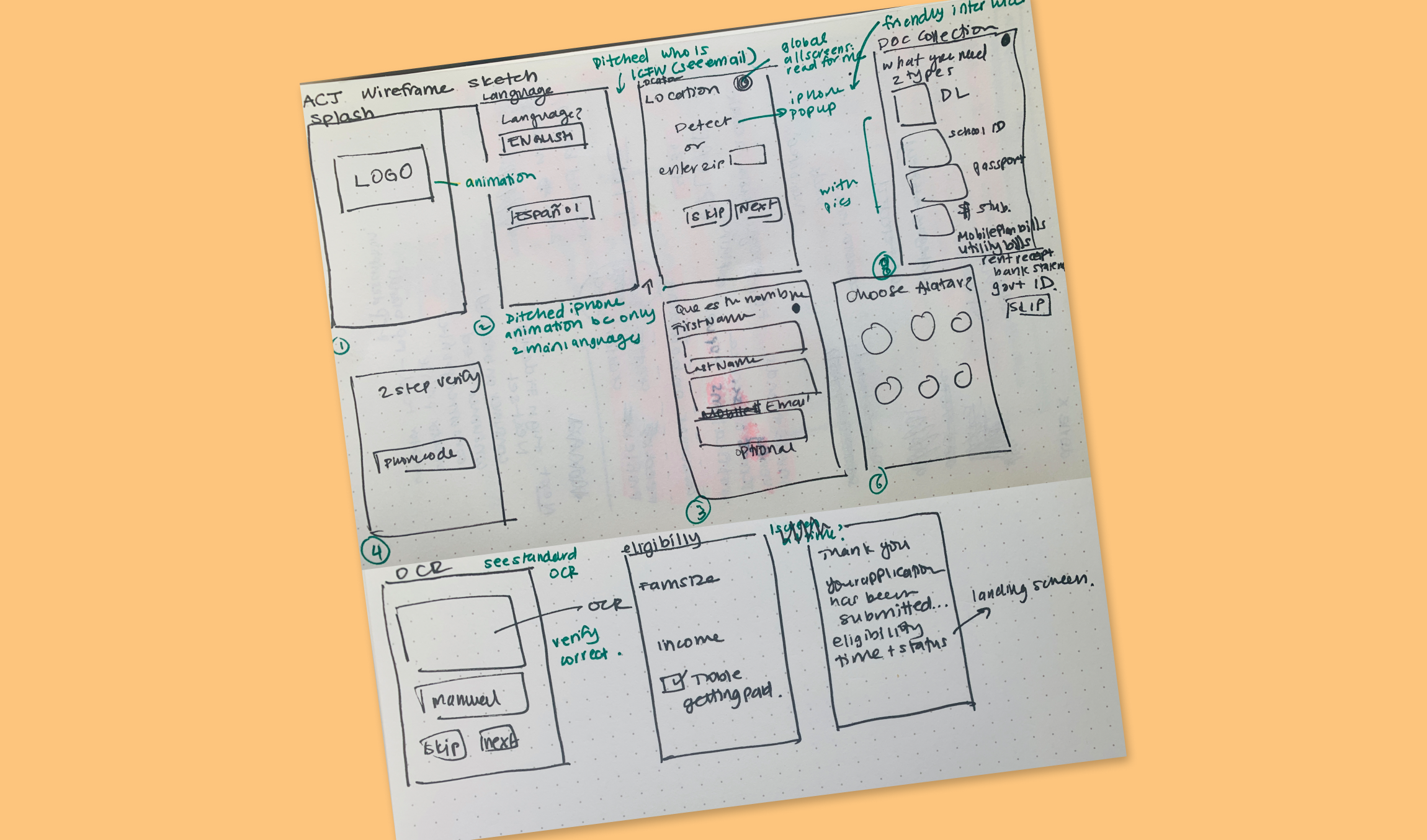 Screen 2: A quick login was designed to uncover the app’s value quickly. To remedy low literacy, the app offers a feature that reads screens to the user.

Screen 3: User is asked to input the minimum documents required to speed up the application process and eligibility verification for certain services.

The condensed and remote nature of the design challenge was a great learning environment. In the span of the challenge I feel like I sharpened the following skills:

If given more time, our team has proposed the following ideas for improvement: