A revamp of a government website that showcases all the work and research from the Controller’s department.

I contributed to this project by extending the visual design, enacting content migration, and wrapping the project with tutorials and documentation. I worked under Jessica Thompson of Fundamental Design Group, a Los Angeles-based Design & Tech Consultancy. 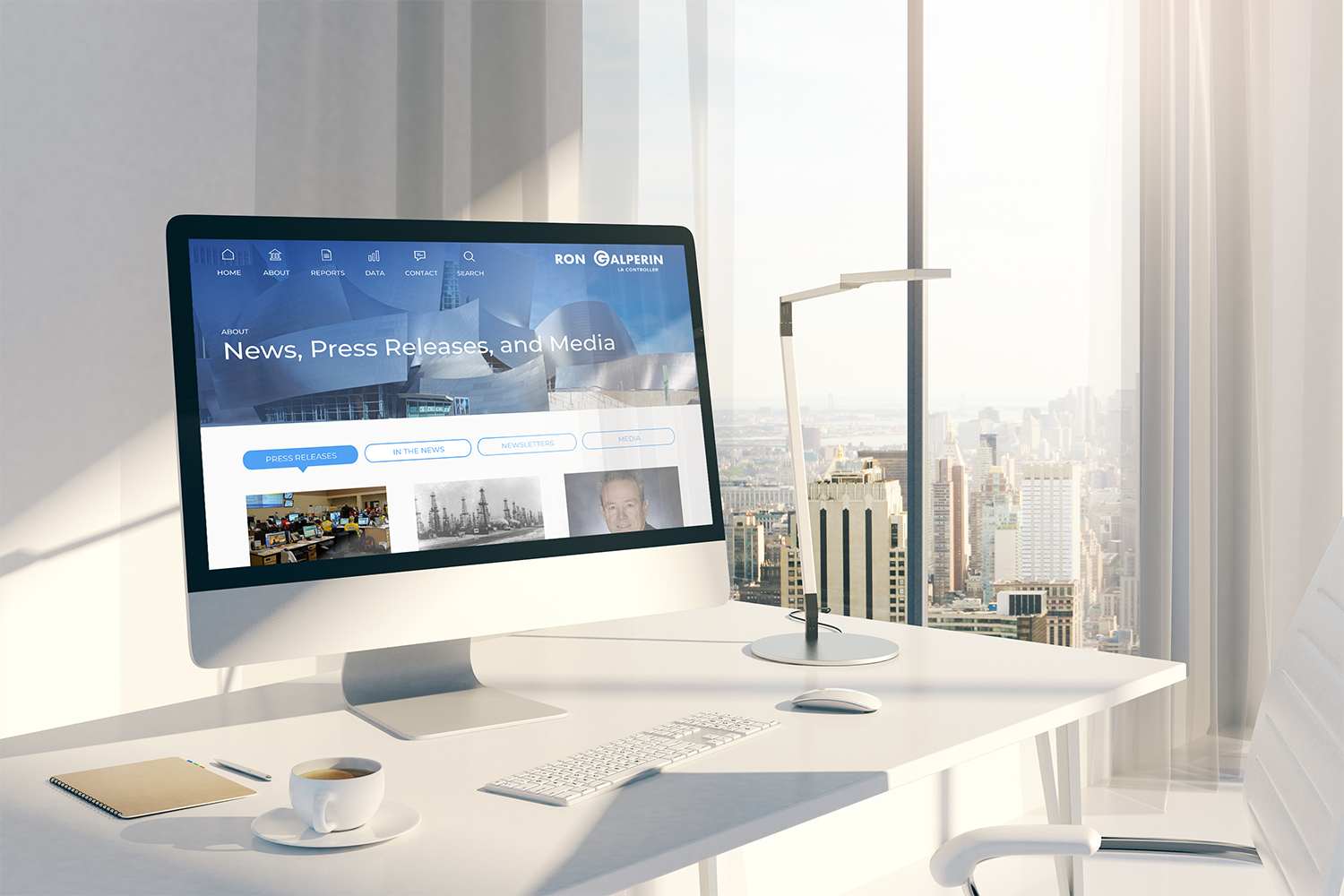 So What Does The Controller Do?

This was my first question after joining the project. Turns out, he’s a pretty big deal. “The City Controller is the elected paymaster, auditor, and chief accounting officer for the City of Los Angeles. Along with the Mayor and City Attorney, the Controller is one of three offices elected every four years by citywide popular vote.

Ron Galperin is the City’s 19th Controller, elected in 2013 and again in 2017. Controller Galperin’s team conducts independent audits, manages the City’s payroll and spending, reports on the City’s finances, and provides City metrics and data online. Because of his efforts, L.A. has been named the No. 1 Digital City by the U.S. City Open Data Census three years in a row. Government Technology Magazine put Controller Galperin on its list of the Top 25 Doers, Dreamers, and Drivers.”

Screen 3: One of many audit screens designed for the site. This page is a good example of the revamp’s overall goal: highlighting important information through organized architecture and pleasing, sleek design.

Screen 4: The News section of the site features the Controller’s twitter feed. The designs are complemented by hero images that showcase the beautiful city of Los Angeles.

Screen 5: The annual financial report is one of the most important pieces of information that the Controller’s office releases. The report was made more digestible by breaking its sections into tabs (seen near the top). 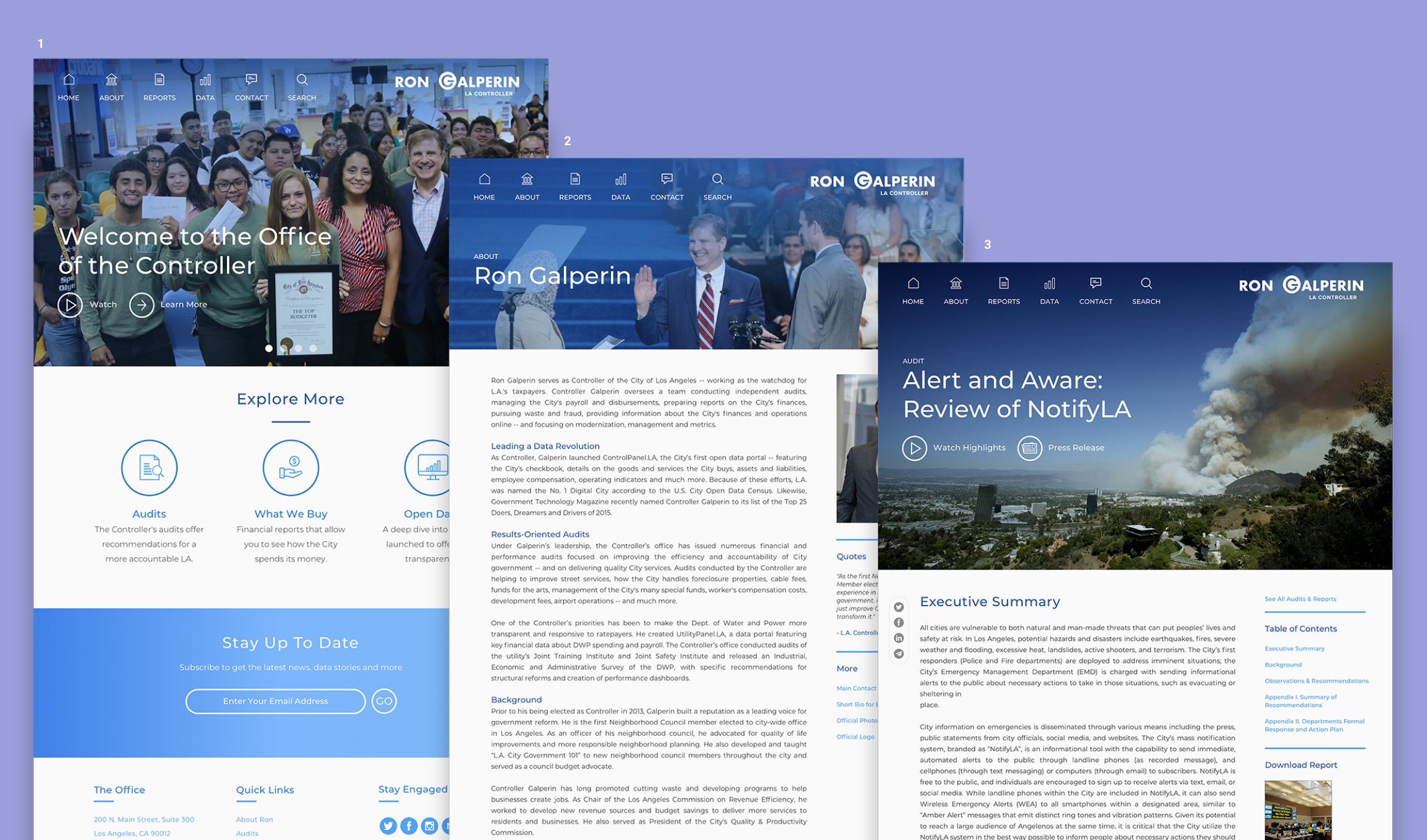 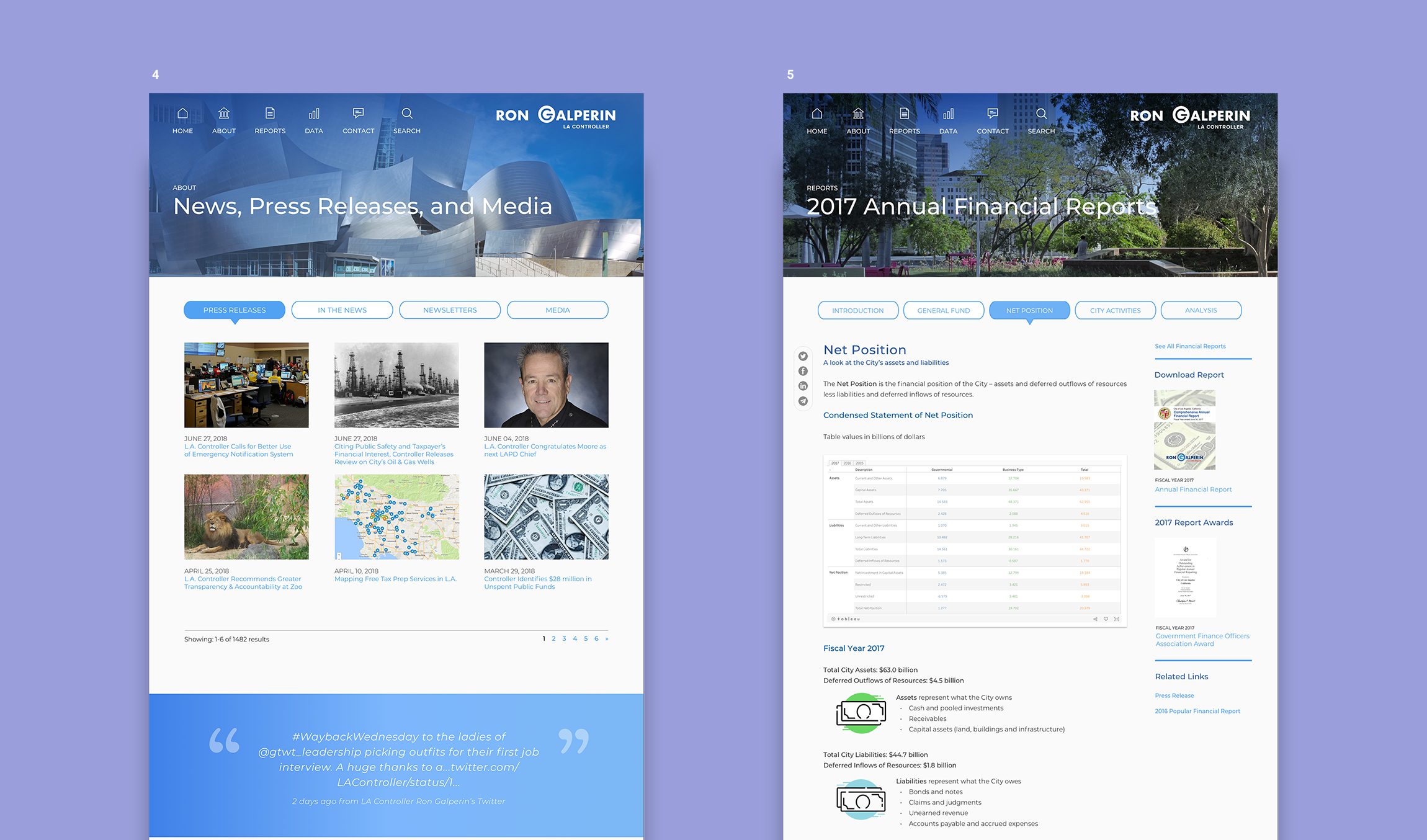