A tool recently launched in Ghana that leverages alternate data sources to empower its partners to lend with confidence.

I was the UX lead for this project and completed wireframes and visual design. The client provided me his own field research and information architecture. I worked with the developers to output a live product in a short timeframe. 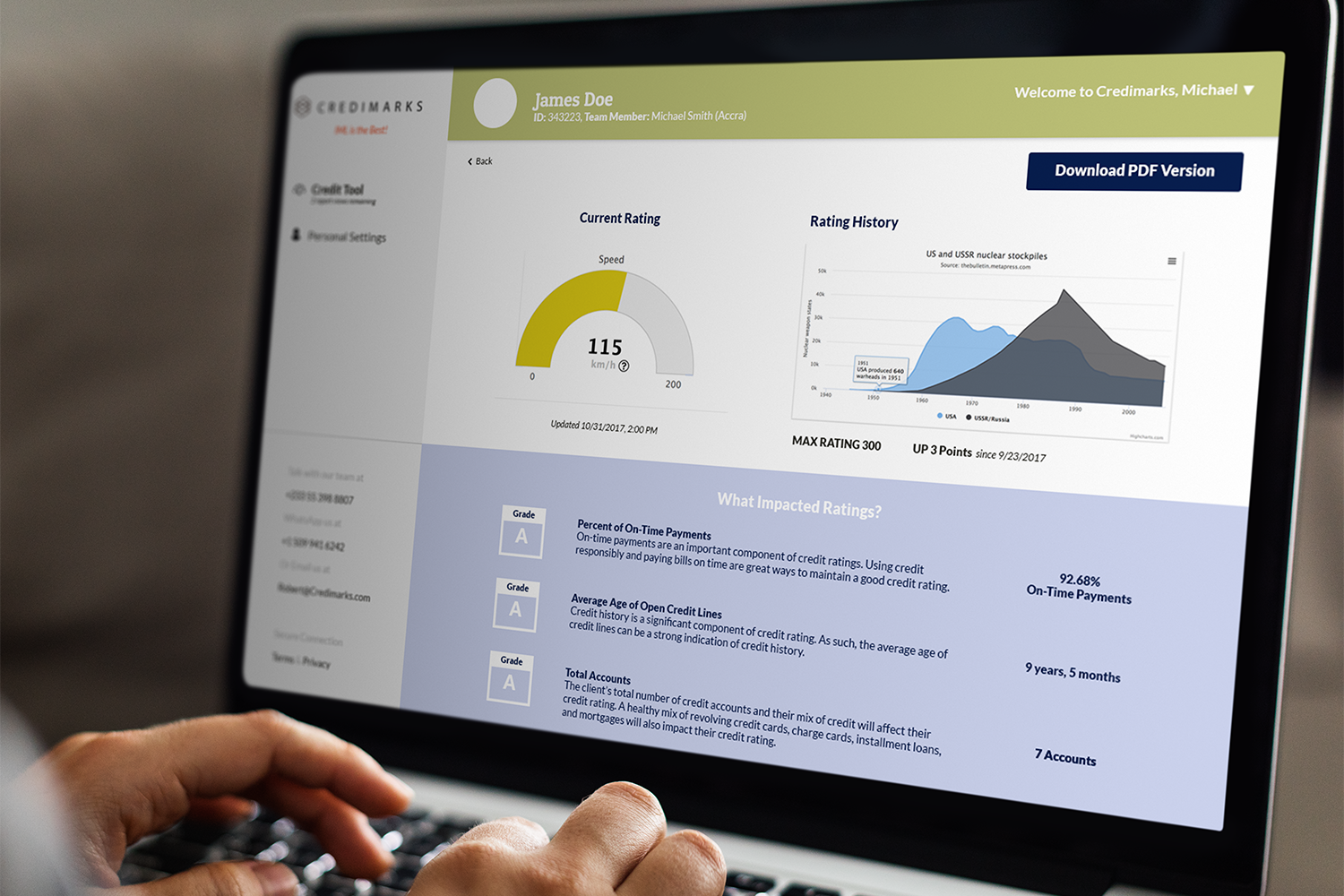 The CEO of Credimarks, Robert Kabera, a recipient of the Forbes 30 under 30 honor in energy, approached me with a unique challenge. Within a two-month timeframe, he wanted to build a complex and dynamic credit scoring MVP with the objective of extending credit to traditionally underserved markets. I joined a small team of a few developers and a content specialist to bring this vision to fruition.

Unfortunately, I had little knowledge and access to the market but Rob helped me bridge the gap through his extensive travels to Ghana to understand the customer.

"We were in conversations with the team at GHAMFIN, the Ghanaian microfinance trade association, about lending by microfinance institutions (MFIs) to smallholder cocoa farmers. There were MFIs deep in the bush that had developed successful, profitable programs providing credit to farmers. We were particularly encouraged because the successes of these MFIs were contrary to the losses generated by much larger national organizations over the past few decades."

"We knew we had to meet these MFIs to understand their model and to obtain customer and loan performance data. With this data, we could build a credit scoring model for cocoa farmers. With a few leads provided by GHAMFIN, Robert began tracking down the MFIs who focused on cocoa farmers. As one might expect, they aren't in Accra or Kumasi. Instead, they are 6-8 hours on potholed roads via van, tro-tro (minibus), kenke (rickshaw), and okada (motorbike)."

"Approximately 70% of the world's cocoa comes from Ghana and Cote d’Ivoire, where it is the largest industry in both countries. While the quality of the cocoa in Ghana is very high, the farms are notoriously unproductive. The way to boost productivity is through credit and training, which together would enable farmers to buy and effectively utilize inputs which can more than double productivity in a few years. We knew credit scoring could encourage such lending."

The brief was to create an easy-to-use interface that leveraged Credimarks’ proprietary algorithm, effectively democratizing creditworthiness for the creditworthy. Credimarks not only promises to reduce lending uncertainty by leveraging robust data, but it also provides a means to accurately assess the credit risk of millions of potential customers who lenders have been unable evaluate, opening the doors to nearly half of Africa and billions elsewhere. During the project, I experienced the additional perk of a crash course in Ghanaian microfinance. Stepping into unfamiliar territory and absorbing the intricacies of a new field is my favorite part of the job. 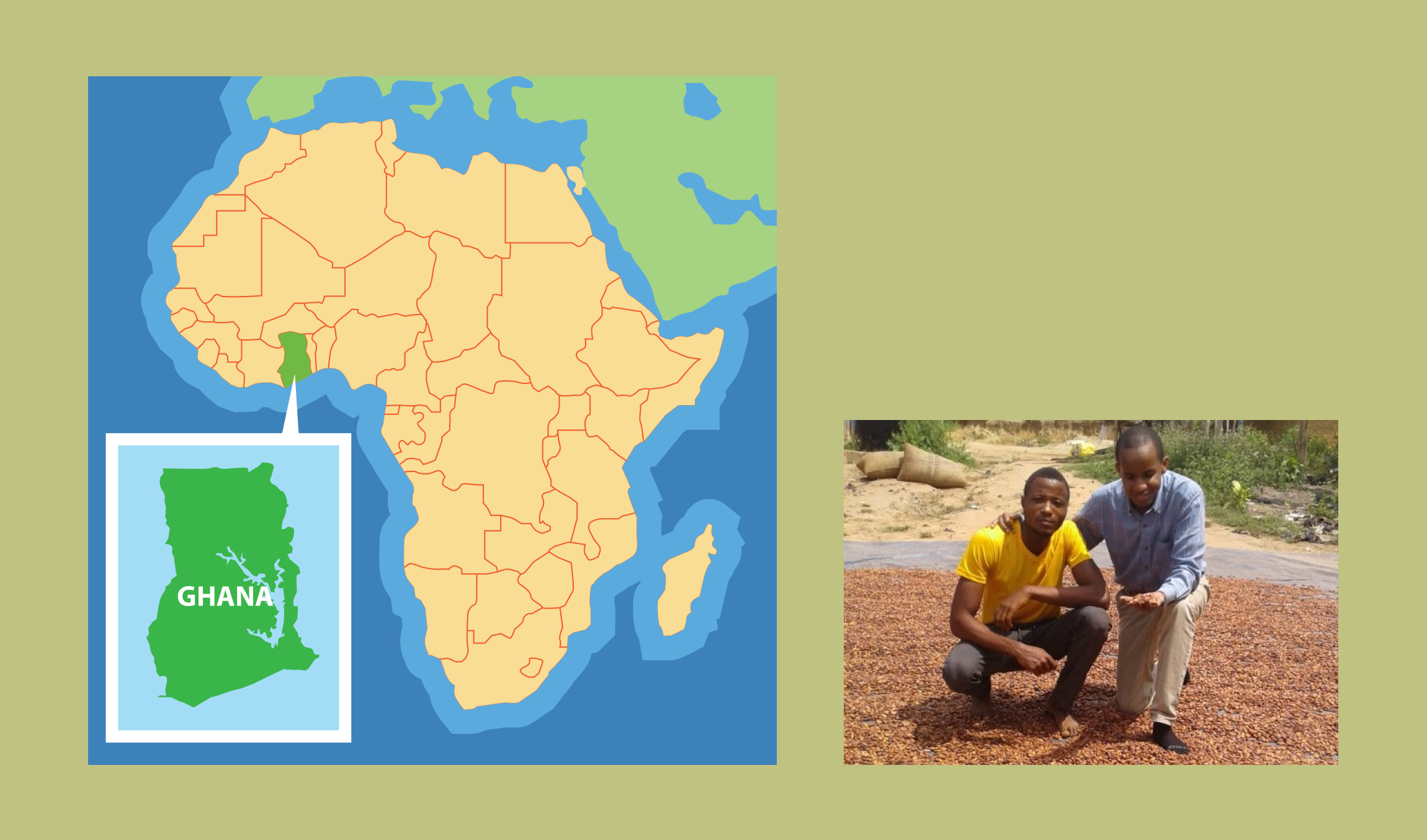 Who Needs This Tool?

During his immersive research, Rob identified businesses servicing the poorest members of the agricultural community in Ghana.

Preliminary wireframes of key screens displaying the platform dashboard. The first screen is in the admin view and the second screen is in the team member view (you can tell by the stripped-down left toolbar). The first screen displays the credit tool landing page. It lists client names that are filterable and searchable. The second screen is the individual client deep dive. It reports all relevant credit data.‍ 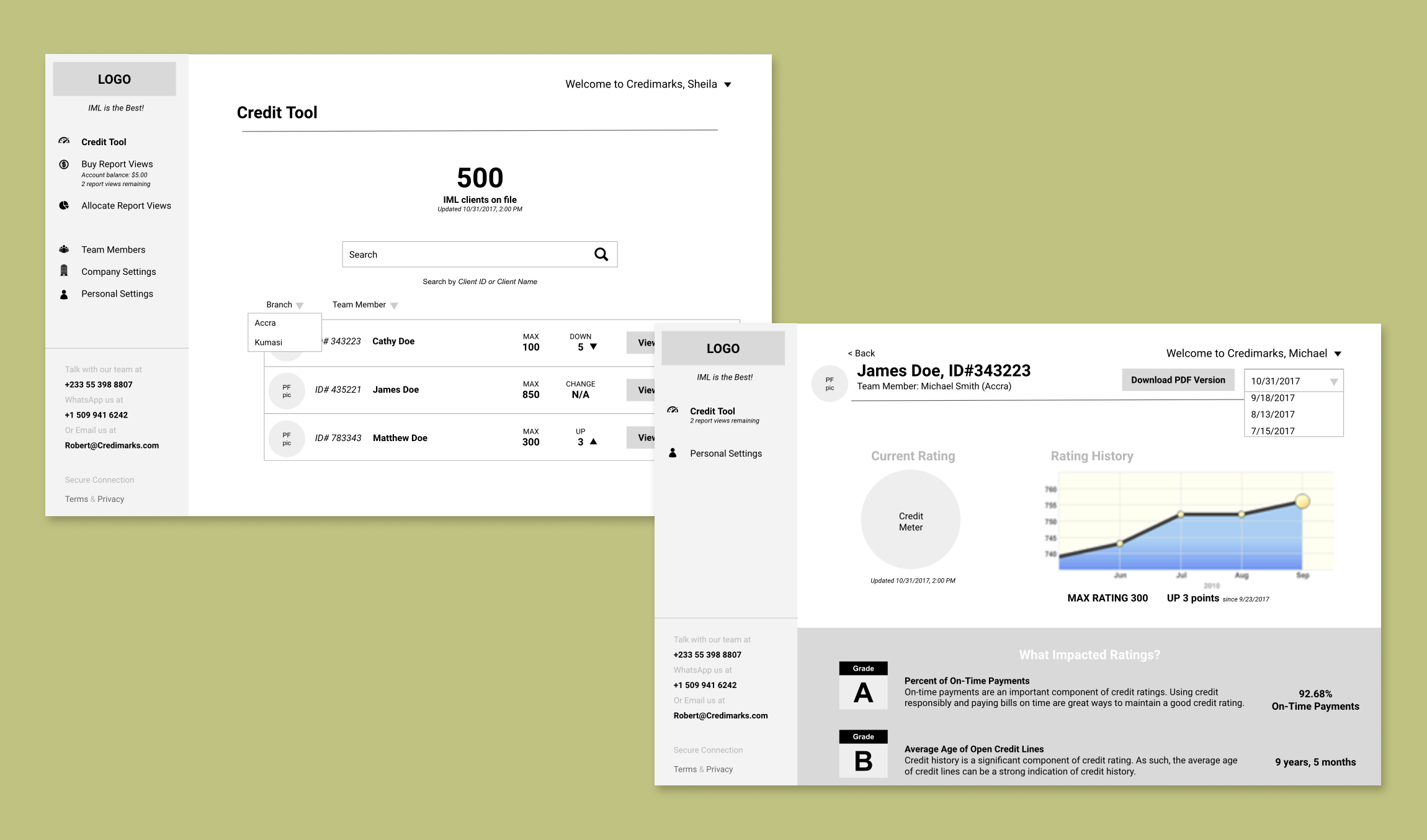 Credimarks Has Its Roots In Nature

Since the ultimate service Credimarks provides is to farmers by establishing credit opportunities for the underbanked, I wanted to echo its ties to the Earth in its color palette.

Patua One is used for headlines and Lato is for the body copy. Their contrast in weight and shared organic qualities makes them perfect complements. 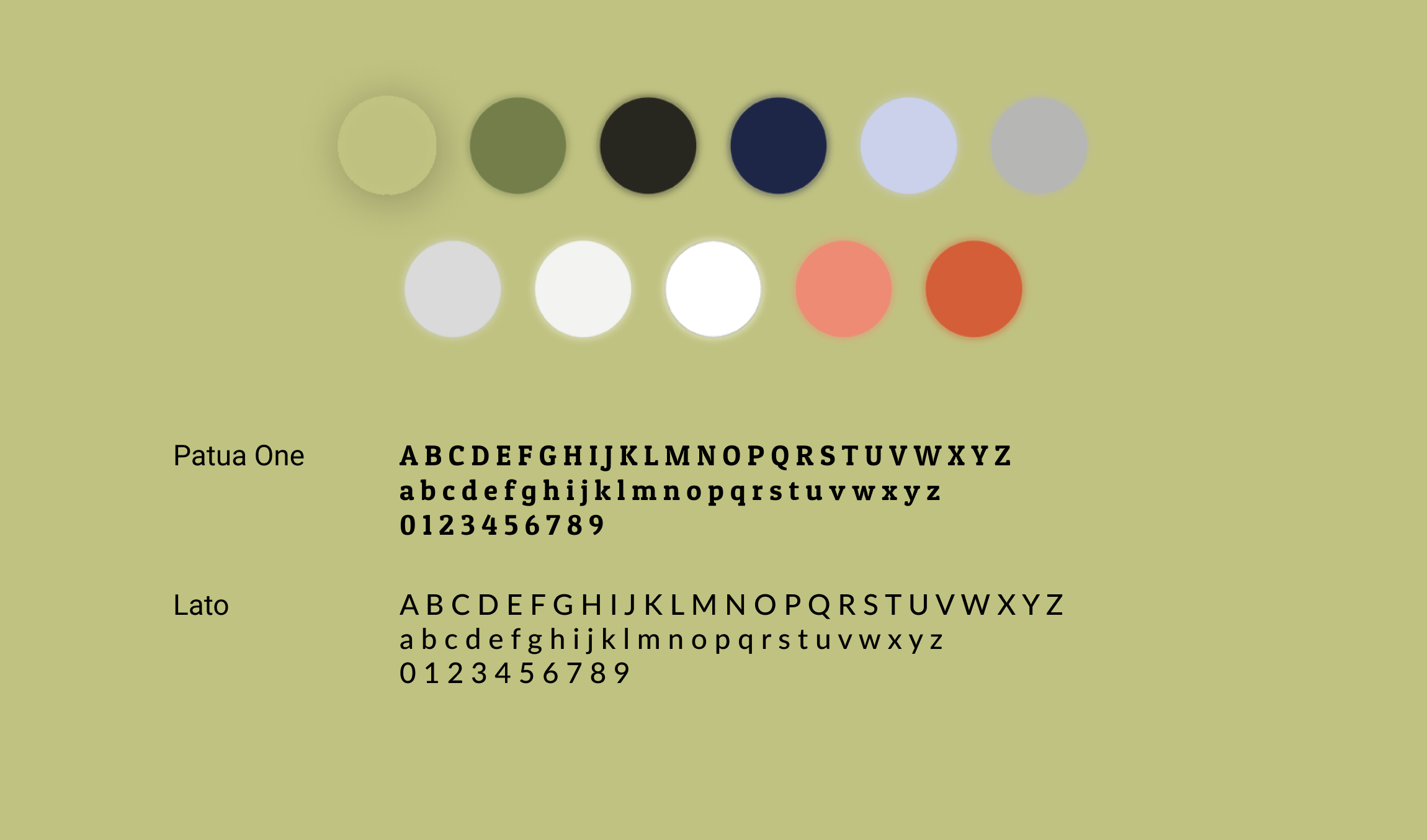 Screen 5: Credit tool dashboard. A streamlined look was implemented to make key information pop. Circles are placeholders for client images. An immediate, surface view of each client’s credit history is displayed including current score, max score over known history and points up or down since last assessment. Team members can access the client’s full report through the “View Credit Report” button. 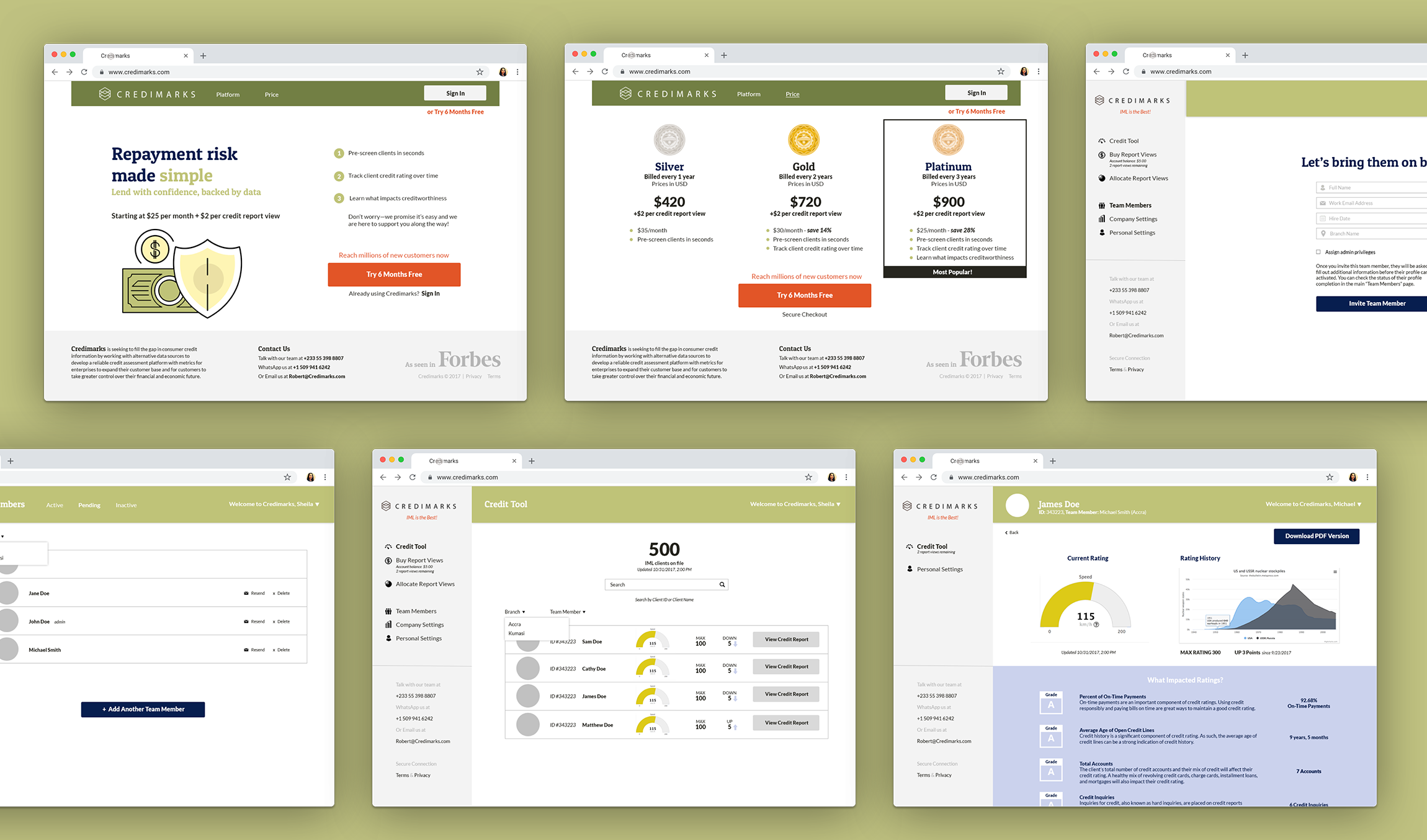 What Has Been The Impact So Far?

"Robert returned to Ghana last month and within a week, one of our most important microfinance institutions (MFIs), IML, went live with our credit scoring product. Management has embraced Credimarks fully and requires our scores on loan applications when any existing customers request new or additional credit. We are meeting as quickly as possible with the 280 MFIs who have expressed an interest in our services and began discussions with one of the major trade associations interested in using our services across a platform utilized by some 2000 non-bank financial institutions."

"In an interesting turn of events, we were approached by a large European bank about the possibilities of applying our model to small scale farming. Worldwide there are approximately 500 million small shareholder farmers. It has long been our belief that finding a way to sustainably provide credit to these small shareholder farmers is one of the most important unmet needs in financial markets."

Aside from finessing the credit scoring algorithm and getting more companies on board, Credimarks 2.0 is expected to implement a tutorial to onboard less tech-savvy individuals. More A/B testing will be conducted to check the platform’s efficacy and the bare bones look of the initial platform will be fleshed out with inviting, custom illustrations. The eventual goal will be to supplement the online platform with a mobile app.